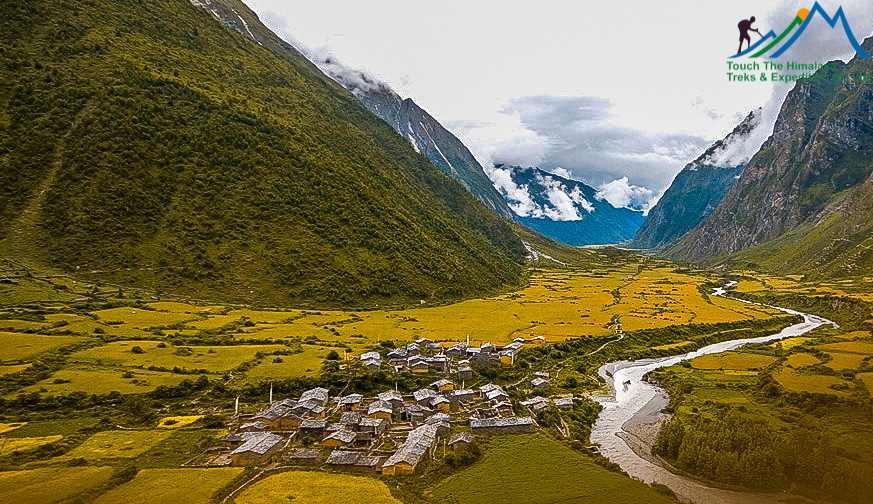 Until 2008 Tsum Valley was confined region. The trekking in Tsum Valley was opened in 2008 by the government. It is situated in northern part of Nepal which covers the holy Himalayan journey. Tsum actually signifies for clear representing the great scenery of Ganesh Himal, Sringi Himal and Boudha ranges where this Himalayan valley is wealthy in old craftsmanship, culture and religion and people mostly speak lingo. The holy expedition in the mid Himalaya is popular for learning and contemplation known as Kyimu Lung. It lies in the southnern part of nepal and inside the Manaslu territory of Nepal.
Tsum Valley has the history of Buddhism which is believed that the holy person of Buddhist "Milarewa" mediated in the caverns of these mountain valley. The view of ancient Tsum Realm is still visible today. The interesting facts about local people of there is that they still practice polyandry and are well managed.  As it lies in the remote area and was inaccessible before, the development in this region was escaped for many years though the culture of this place has stayed pure.
The main festival celebrated by Tsumbas (People who live in Tsum Valley) are Loshar- which is the new year of Tibetan, Dhachyang (horse riding festival)- here young male members participates in horse riding leaving the female for joining singing and dancing in the evening, Happy Saka Dawa- Lord Budda' birth and enlightment. Tsumbas believe in reincarnation on the respect of birth and death. Lamas (Holy men) plays a vital role in these aspects.